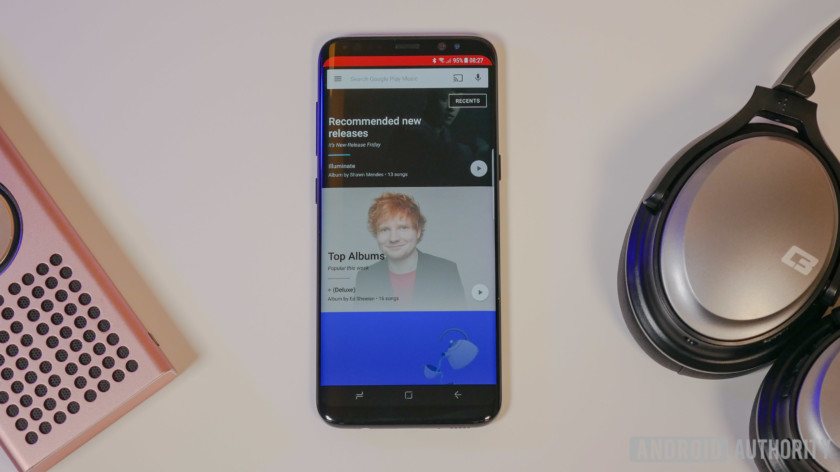 Samsung Galaxy S8 owners who are enjoying Google’s Play Music streaming service may have noticed a new feature rolling out to the app recently, called New Release Radio. At the moment, this appears to be an exclusive feature within the Play Music app reserved just for Samsung device owners. The revelation comes after the two companies initially partnered up back in April. The deal means that Play Music is the default music player in both the Galaxy S8 and Galaxy S8+, and Google has been offering up a selection of freebies to sweeten the deal.

Initially, the partnership allowed Samsung phone and tablet owners to upload 100,000 of their own songs to Play Music for free, twice the usual amount, and gave customers a three-month free trial to the music streaming service. Now Samsung customers can make use of the New Release Radio feature too.

As the name suggests, New Release Radio is a playlist that offers up the latest new releases and is actually updated on a daily basis to ensure that you’ve always got something new to listen to. The songs are personalised to your tastes based on your listening history, so you won’t have to wade through tons of new tracks to find something that you like.

We don’t know if this will remain a Samsung exclusive feature in the long run, as this seems like an option that would universally help Play Music to keep up with the fast-moving competition. Funnily enough, Reddit users are already reporting that they can use the feature on non-Samsung devices by adding the station to their library through the desktop version of the webpage.