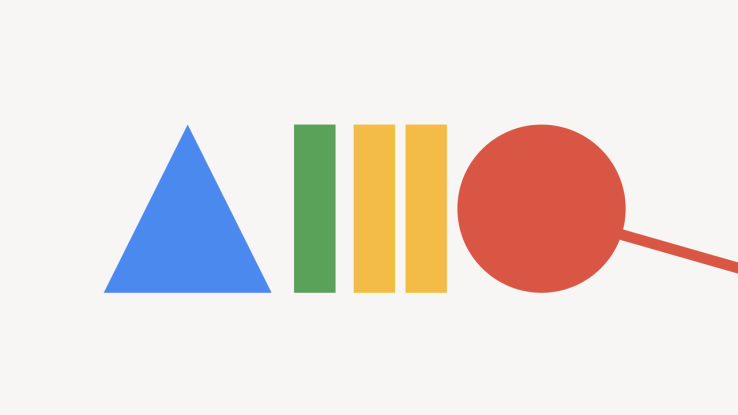 Google today is more formally taking the wraps off its internal incubator, Area 120, with the launch of a dedicated website, alongside the launch of one of the program’s more interesting projects to date: a way to advertise within VR. The new experiment, which is simply called Advr, involves a cube-like ad format which allows video ads to run in a 3D/VR environment.

Area 120 was launched at Google in March, 2016, as a way to retain entrepreneurial-minded talent at the company, as well as give teams the ability to test new ideas that could eventually become Google products, or be integrated with existing products.

That hasn’t happened yet, as the R&D program is still fairly new.

Much is already known about Area 120, whose name references a famous aspect of Google culture – allowing employees to work on passion projects on the side, using 20 percent of their time. It was often more an idea, than policy though.

Area 120, however, refocuses the concept into a more structured, formal program.

Google isn’t the only major tech giant to run its own internal incubator these days. Microsoft today has its Garage program; while Apple in 2012 tried something similar with Blue Sky.

Google’s Area 120 works a lot like a startup accelerator inside the company. Employees apply to the program during a set period, then Google selects a handful of teams to join. Each “class,” so to speak, has roughly 15 teams who work to prove out their ideas over the course of the next six months. During this time, the employees no longer work their day jobs – they exclusively focus on their Area 120 projects instead.

If projects are successful, Googlers will be allowed to continue to work on them; if not, they’re invited to return to work at Google, in a different role.

Two classes have already been invited into Area 120 since its launch, and Google is taking applications for its third now.

The program is so new that even Google itself doesn’t yet know what the fate of its Area 120 projects will be, or even, more broadly, if the program is worth the investment. It’s possible that some might actually become standalone Google products one day, or be merged with existing ones. Many more will likely be closed, after failing to find traction – as is common with startups, too.

Not all Area 120 projects are public-facing. Some are used internally, or only with select testers on an invite-only basis. Only a few have seen any media coverage. Of those available publicly, Uptime is the most promising. The app, which officially launched this month as the invite requirement was dropped, allows for a YouTube co-watching experience among friends.

Other Area 120 projects include personal stylist Tailor; learn to code app Grasshopper; emoji messenger Supersonic (which is closing down). There are also some projects that aren’t broadly available, like a job-matching service in Bangladesh, and a yet-to-launchbooking tool called Appointments. Google hasn’t promoted any of the projects until now, however.

But it’s giving Advr a push, with an announcement on the Google Developer blog today.

The new project is an experiment focused on figuring out if video ads could work in VR, and if so, how they would function.

The team has developed a plug-in for Unity that can show ads in VR environments. Explains the post, developers aren’t interested in disruptive or hard-to-implement ad experiences in VR, which is how the Advr team came up with the idea for a simple cube.

VR users can optionally engage with the cube either by tapping on it or gazing at it for a few seconds, which then pops open a video player to display the ad. The user can choose to watch the ad or close the player at this point.

The goal is to enable this functionality across a variety of VR platforms, including Google’s own Daydream, Cardboard, and Samsung’s Gear VR, for starters.

This launch doesn’t mean that Advr is how Google thinks advertising in VR should work, it’s just an idea at this point. But it’s not the only tech company with plans for this space – Adobe, too, has been developing VR ad solutions, as have several others.  If Advr were to be successful, though, it would be an example of an Area 120 project that could translate directly to Google’s bottom line.

Advr has already begun running tests with some VR game developers, but Google isn’t disclosing which ones. It is today inviting other VR developers to apply to try out the ad format through an invite-only program that will provide access to the early-stage SDK for Advr.