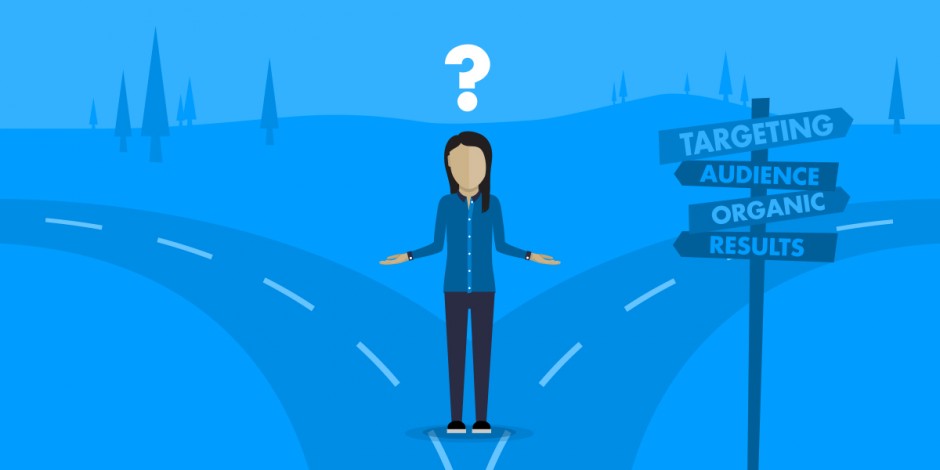 Online advertising has hit something of a wall in recent years. People are fed up with pay-and-spray tactics, and ad-blockers are on the rise. And while the concept of ‘personalised’ advertising may tap into our fears about privacy, it is the best bet for marketers in 2017 and beyond.

Our personal space is now measured in inches

Which is a rather circuitous way to say that mobile screens are now a brand’s chief interface with us. Nearly 80% of the time spent on social media is now on mobile, and 65% of digital media interactions in general.

Our mobile screens are far, far more our personal space than any previous advertising medium. They’re even being called an extension of self. Which means advertising has never been so intrusive.

In this regard, advertisers are enjoying something of a stay in execution due to low-awareness around mobile ad-blockers: only 22% of US device owners use them, and barely half are even aware they exist. But that won’t last. Meanwhile, people are saying they find classic ads more and more ‘annoying and irrelevant’.

To which challenge is added the fact that most of us are sparing/cheap with our mobile data – making us unlikely to click through, let alone download the content of little personal value.

So what’s an advertiser to do?

Make it personal. Just don’t be ham-fisted about it.

Yes, it’s a fine line. But whatever the fears articulated around privacy, it’s clear that consumers are open to personalized marketing. In fact, Adobe even found that 78% ‘like them’. A Yahoo study concurred, adding that consumers find them more engaging (54%), educational (52%), time-saving (49%) and memorable (45%) than general-audience ads.

This gels well with McKinsey’s finding that personalization can deliver five to eight times the ROI and boost sales by at least 10% or more.

So it definitely works. But what’s the best way to go about it in 2017 and beyond?

For some, retargeting – ad targeting based on individual online behaviour – belongs squarely in the pay-and spray-basket above. And it’s true that too blatant an appropriation of a prospect’s web history will only inspire ad-blocker googling. The key is personalization coupled with a healthy dose of moderation.

Both Facebook and Twitter offer features to help you steer clear of the ‘we’ll wear you down eventually’ creep factor. Frequency caps keep audiences from seeing the same ads over and over, while custom audience segmenting or exclusions do the same while helping you save money by not pitching to earlier conversions.

Retargeting doesn’t need to be limited to site advertising either. A good tip is to place a Facebook pixel in emails and then retarget the receivers who open with a personalized paid ad.

This is where the future is big and bright – in a smartly subtle way. In fact, native advertising is expected to comprise up to 74% of US display ad revenue by 2021.

Whether it comes in the form of a widget, video or user-generated content, native advertising’s engagement success comes down to its non-disruptive quality. On social feeds, native ads ease themselves in with relative grace. We know what they are (most of the time), but for now are ok with it. Perhaps future generations who don’t remember pop-up ads will be less forgiving.

But by then native advertising will have reached the next dimension: virtual reality. The runaway success of Pokémon Go – which raked in $10 million in ad revenue per day at its peak – has advertisers all a flutter. Native advertising’s future application here will be fascinating and yes, potentially creepy, to the extreme.

The oil of the engine: behavioural data

It’s not just who you are targeting; success often rides on when and where.

That means the ability to collect behavioural data from not just social media and purchase interactions, but outside owned channels as well. Don’t seize up – we’re talking about public interactions on social networks and websites. Simply knowing that someone has posted with a relevant hashtag is an invaluable nugget to build a tight ad segment around.

Marketers and brands in general just need to get organized and centralized with their disparate streams of consumer insights.

And it’s an approach that pays off: McKinsey’s aforementioned study also found that companies using “data-driven personalization as the core factor for marketing and sales decisions can improve marketing ROI by 15% to 20%”.

Step back a bit, is organic really dead then?

Some would say yes, others have yet to call it. I would say no because organic posting still has a role to play in advertising. Organic posts with tracking codes are a simple yet highly effective testing tactic to inform you where to put your ad spend.

And besides, by curating the most relevant posts to users’ newsfeeds, those algorithms some see as a curse are merely entrenching a simple truth: whether paid or organic, the success of any post rides on the quality of the content and how relevant it is to the people who see it.

Tailoring your message to individuals is as old as commerce itself. We simply now have the means to do it at a mass scale. But a softer, smarter approach than before is needed. Ad-blockers are just one aspect of how consumers hold all the cards now. But they will still tolerate advertisers in their personal feeds, as long as they see something of themselves looking back.