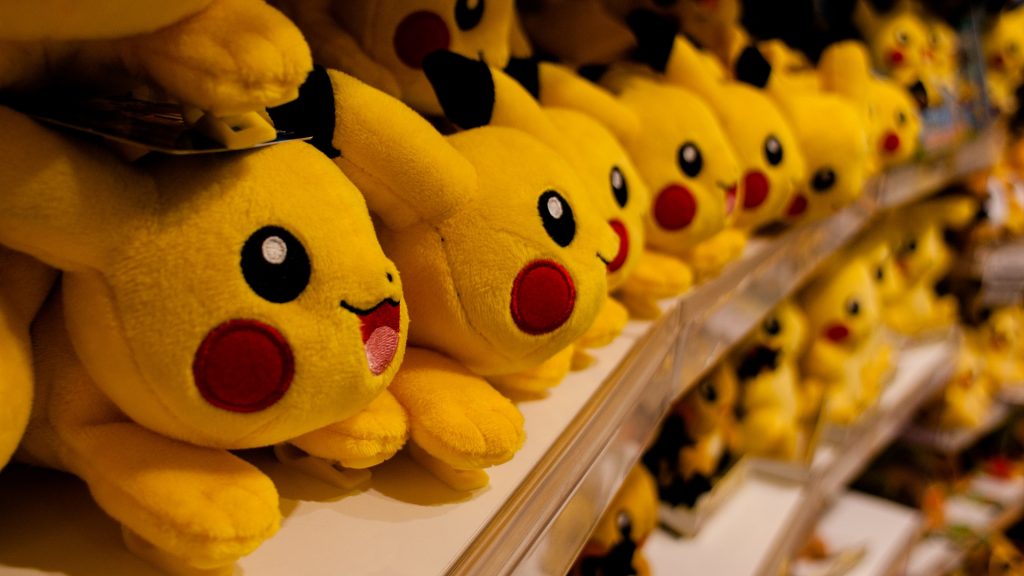 If you are not playing it as we speak, you must have at least heard about one of the most interesting digital phenomena of our time – the augmented reality game, Pokémon Go.

After 20 years of Pokémon franchise (oh, wait, remember the Game Boy?), the Japanese company Nintendo made a step forward, implementing the game into the real world, making people chase the miniature animated monsters via their smartphones, together with the real people in the physical environment. In the era of smartphones, reality programmes, video games, and the raising concerns about alienation, this was simply the smartest possible move a company of this kind could make.

It’s not like Nintendo hasn’t already created some iconic characters. Super Mario was for long the most popular and beloved video game globally. However, in recent times Nintendo has been criticized for being “old-school”, failing to step up to the challenges of the growing smartphone market. Well, by partnering with US-based developer Niantic and the Pokémon Company, which owns the rights to the characters, not only that they faced the challenges, but they also raised the bar and set new standards in the gaming industry. In numbers: so far, the game has been installed more than 15 million times on the App Store and Google Play, and Nintendo shares went up more than 50% since Pokémon Go release.

The Rise of Pikachu

What creates the magic of the game? Its user experience. From the business perspective, this is definitely one of the trendiest proofs of the importance of customer experience and user experience today. The exciting thing about the game is that it makes you part of the game in the real world, it makes you interact with your team members on the whole new level and makes your own everyday environment an exciting game field. It literally makes you go out, explore the environment around you and find the “hot spots”, where you can meet with your team, find your game targets, free items etc. It is an app that adds the element of socialization in the real world that was missing from the traditional world of video games. And the game feels real.

From the business perspective, apart from being a rocking success for Nintendo, Pokémon Go opens up a number of opportunities for marketers and their advertising methods. For instance, if your business is near a “hot spot”, you will probably experience some organic benefits of your “hot spot location”. Not to mention the promotional opportunities a business can take by involving in the game and creating campaigns that are targeting the game’s teams and their needs. Sometimes, even an image campaign can do the trick, at least for your exposure.

And then, there are downsides. First of all, people are acting rather insane sometimes, forgetting they are actually moving around the real world. There were reported cases of trespasses and there are plenty of cases of people falling, cutting themselves and grazing as they were not paying attention to what’s in front of them during the play.

Moreover, unfortunately together with business opportunities come the crime opportunities as well. Some criminals are already using the game to lure players to certain places and rob them at gunpoint, turning the socialization aspect into direct safety threats. The advice for the users given is to team up with the familiar people from their own environment and avoid going to any shady, remote places recommended by complete strangers. Which kinda makes sense in general, as you are moving around the real world with its usual threats, augmented.

However, most warnings are related to privacy & data safety. To provide such an amazing experience, this sort of interface collects a huge amount of information. According to the Pokémon Go privacy policy, Niantic may collect — among other things — your email address, IP address, the web page you were using before logging into Pokémon Go, your username, and your location.

Read You Should Probably Check Your Pokémon Go Privacy Settings

Also, given the limited game release, eager users are often downloading the game from unverified sources, exposing themselves to direct malware threats.

Game is never over

And what does this game say about the humans today? Naturally, just like any other trend or phenomenon, Pokémon Go can bring out the worst and the best in people. As we are moving further from the natural environment, gravitating toward big cities, digital spaces and comfort of our homes, we need an additional reason to go out, even to socialize. And apparently, we like video games even more than sex. Well this could be a pessimist point of view.

What about the positive sides? In business, one of the most important trends today is gamification. I guess, both during the work and in their everyday lives, humans today need play more than ever. Something to spark our creativity and give an additional flare to our everyday environment. The time will tell how the game will influence the whole market and the approach to user experience in general.

So far, provided it is used with caution, this game opened up a number of truly exciting opportunities, for players, customer experience professionals and companies. And yes, for some truly creative game cheaters as well: