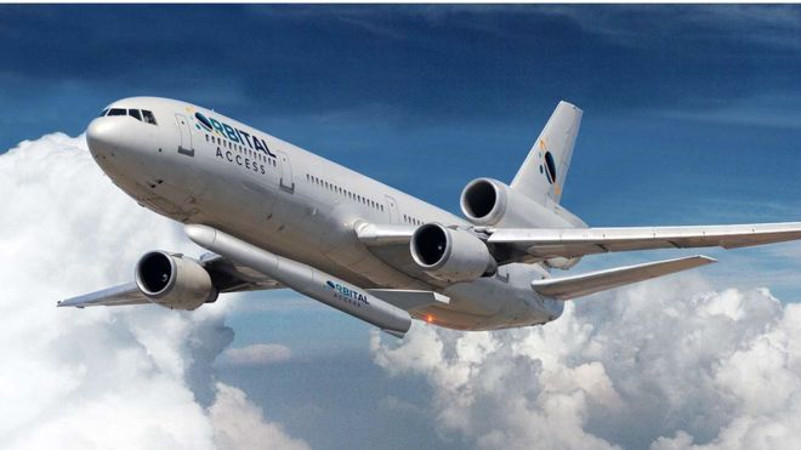 A government plan to secure growth in the UK’s £13.7bn space industry is laid out in the Queen’s Speech.

The stated purpose of the new Bill is to make the UK the most attractive place in Europe for commercial space – including launches from British soil.

Officials and stakeholders are keen to ensure the space sector does not lose out when the UK leaves the EU.

Spaceports have been an important sticking point.

Previous feasibility work has already identified a number of aerodromes that might make suitable spaceports – from Cornwall to Scotland.

But as the law stands, rocket planes and other launch systems currently in development around the world would not be able to operate out of the UK. The Bill would sweep away this barrier by “enabling [scientists] to launch from UK soil”.

Overall, the legislation aims to “deliver a stronger economy by generating jobs and putting British business, engineering and science at the forefront of this technology”.

It is also intended to secure continued growth of the space industry, which has been growing at an annual rate of 8% over the last decade. The sector already outperforms the UK economy as a whole.

While Brexit will not affect the UK’s status as a member of the European Space Agency (Esa), projects such as Galileo – the European sat-nav system – are largely funded by the EU.

Guildford-based satellite manufacturer SSTL is building satellites for the system as part of a UK-German consortium.

But there are restrictions on “third countries” working on classified EU information and technologies, which applies to Galileo.

There is now a concerted effort to keep the UK – and SSTL – inside the programme.

One key concern for the industry is getting access to qualified staff. At the moment, engineers can move without restriction inside the EU, and the UK space sector’s leaders have told the government that if the ambitious target for future growth is to be achieved then the recruitment of talent from the continent must continue to be frictionless.