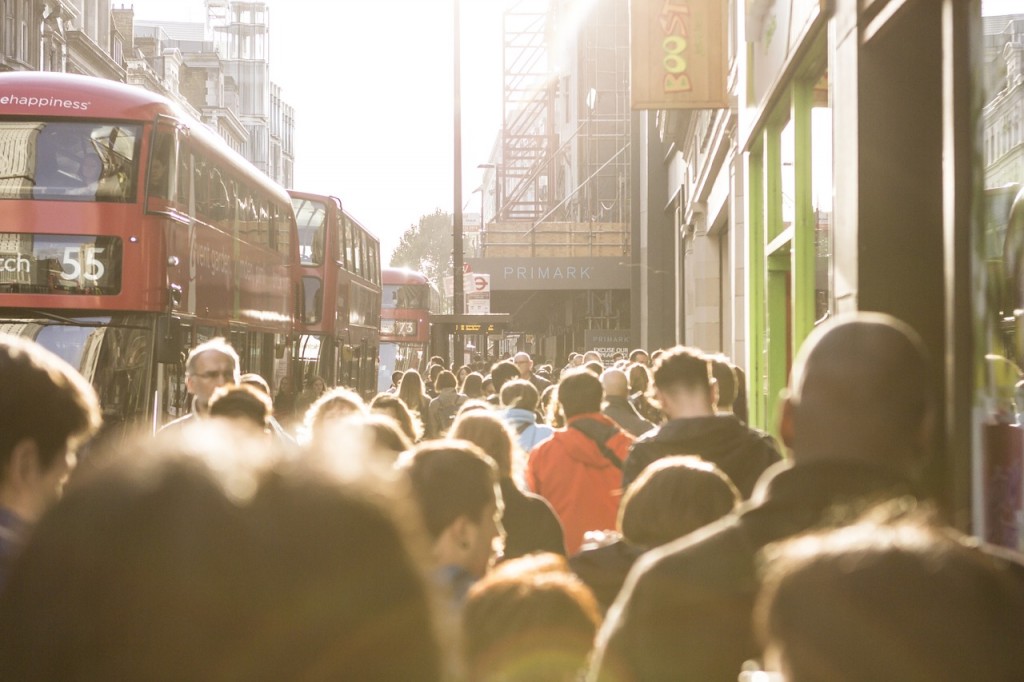 Ikano Insight is one of the Ikano Group of companies. We combine the clear-headed intelligence of data harvesting and analysis with the creative rigour to turn data into insight and insight into action. We work with our partners including IKEA, Jaeger & Monsoon to bring them closer to their customers. Our data driven marketing expertise enables possibilities for better customer relationships and long-term customer loyalty and engagement. We pride ourselves on our Swedish heritage and strong values-driven culture where our core value of On Fair Terms drives our relationships with retail partners, customers, co-workers and the local community. Ikano was originally a part of the home furnishing company IKEA, founded by Ingvar Kamprad in 1943. In 1988, Ikano became an independent group of companies, owned by the Kamprad family.

Some of the UK’s favourite stores have all appeared on a list of alternative retail superbrands published by retail data consultancy Ikano Insight.

Marks and Spencer, George at Asda and Waterstones, along with discount chain Home Bargains and hardware stores ScrewFix and Toolstation, have all been recognised for demonstrating a good understanding of their customers, as well as long-term customer loyalty and engagement.

The Ikano Insight Retail Alternative Superbrands list aims to profile the achievements of top-performing UK brands and has been released to coincide with the annual Consumer Superbrands list, which identifies some of the strongest global names.

The Ikano Insight Retail Alternative Superbrands list has been compiled using data from YouGov’s internationally-recognised BrandIndex tool, which interviews thousands of members of the public every day. Each of the brands have been rated across a range of categories including Impression, Quality, Value for money, Satisfaction, Consideration, Purchase Intent, Buzz and Reputation.

“The original Superbrands list certainly demonstrates how the consumer landscape is changing but it is not clear whether these are the brands people in the UK are genuinely excited by or what they have come to expect.

“We have always been disappointed that so few home-grown British brands appear in the list. Not only that but each year, the panel reviews 1,500 businesses and we found that 85 per cent of the 2015 Superbrands were from the first half of the alphabet.”

So here’s an alternative to it:

George at Asda has risen to the top of the Value rankings, ahead of Marks and Spencer and Primark in second and third place respectively within the High Street Fashion category. At the end of 2015, George overtook Superbrand John Lewis on Value, ending with a score of 26.1 against John Lewis’ 24.1. Over the last year, rankings for both Customer Satisfaction and in turn the likelihood of recommending George have increased.

With Asda currently exploring native technology to enhance customer experience, we expect to see this Alternative Superbrand continue to soar over the next year.

Consistency is key for this Alternative Superbrand. A stalwart high street retailer, Marks and Spencer held its number one position for Quality, Satisfaction, Recommend and Purchase Intent throughout 2015 within the High Street Fashion category, showing how it has managed to evolve with the times and adapt towards customer needs. The recent launch of its highly modern ‘Sparks’ loyalty programme will surely play a part in helping to maintain the top spot.

Compared to 2015 Superbrand Category winner Next, Marks and Spencer’s customer satisfaction remained consistent throughout the year, ending at 67.9 against Next’s 50.2.

If you don’t live in the North of England, chances are you might not have visited this family-run wholesome supermarket, which has 31 stores across Lancashire, Cumbria, Yorkshire, Cheshire and Greater Manchester. With a passion and commitment to providing high quality foods, working with local suppliers and communities, and delivering a first class shopping experience, it’s no surprise that Booths outperforms five of ‘The Big Six’ supermarkets (Aldi, Asda, Lidl, Morrisons and Tesco) on both Quality and Reputation.

Against 2015 Superbrand Category winner Sainsbury’s, Booths Supermarkets spent 10 months of 2015 with a higher Buzz score than Sainsbury’s, which could be attributed to the fact that they opened five new stores in 11 months and won Independent Retailer of the Year at The Grocer’s Gold Awards.

Home to quality products that you never knew you needed in your life and now can’t live without; Lakeland is in 5th place for Quality within BrandIndex’s High Street Retail category, and had a score of 40.8 at the end of 2015, compared to 39.5 for Superbrand Category winner Amazon. Innovation and a clever collaboration with The Great British Bake Off helped to ensure that Lakeland maintained a strong Reputation score of 26.4 against Amazon’s 19.9.

Now the UK’s largest multi-channel supplier of trade tools, plumbing, electrical, bathrooms and kitchens and a firm favourite amongst tradesmen and DIY enthusiasts, Screwfix rose in the ranks to fifth place for Buzz and scored higher than B&Q for Satisfaction within the General Retail Category. Their fast offline nationwide growth over recent years, together with their strong online presence and click-and-collect offering has no doubt contributed to their consistently high scores for Value and Recommend, which continue to climb year-on-year.

Trading for over 50 years, Habitat is another well-known brand that brought simple, sleek, well-designed European furniture to the UK. Most recently Habitat has expanded its mini offering in Homebase, taking their mini Habitat stores to approximately 80, so it’s no surprise that their scores for Impression, Satisfaction and Consideration have increased in the last 12 months. Ranked in third position for quality in the General Retail Category, and ahead of IKEA, its score has risen to 26.

With an unwavering score for value and remaining in first place within the High Street Retail category through 2015, this discount store has got it right, also beating 2015 Superbrand Boots for Value, and ending 2015 with a score of 36.9 against Boots’ 23.5. Home Bargains also rose in the ranks for Satisfaction and Purchase Intent. The brand has ambitious plans for growth from 400+ current stores to 800 within the next 6-8 years, so we expect to see this brand continue to thrive in the ever-competitive discount store landscape.

A well-known bookstore and the last of its kind on the high street, but how is the digital revolution impacting this retailer’s scores? Waterstones is changing and tailoring its offering to its local markets and this is reflected in their strong third place position for Quality in the High Street Retail Category with a score of 44.8, ahead of Amazon at 39.5.

Waterstones has also maintained a high score of 60 and a fifth place ranking for Satisfaction, sitting amongst 2015 Superbrand winners John Lewis and Boots. For Reputation, Waterstones beat key competitor Amazon hands down with a score of 38.8 compared to Amazon’s 19.9.

Offering everything from health and beauty to home and garden, this local, value for money retailer has felt the pressure of discount stores B&M and Poundland entering the market. Despite the hit on market share, Wilkinson, now better known as Wilko, is still favoured amongst many and has reached the number one ranking position for Value, a shift from second place in the General Retail Category. Wilko also hold the top ranking position for Satisfaction, and in the last 12 months have seen growth in its Recommend and Buzz scores.

An outsider that is quickly climbing the ranks, Toolstation is now one of Britain’s fastest growing suppliers of tools, accessories and building supplies. Priding themselves on unbeatable value, this low cost supplier rose in the ranks at 4th position for Satisfaction in the General Retail Category. With a score of 67.4, they are ahead of both B&Q and Wickes.
Toolstation have also seen an increase in their Buzz score, performing ahead of B&Q and Wickes. Although their score for Value is lower than these key competitors, we predict that this time next year, Toolstation will be amongst the top 5.

Impression: “Which of the following brands do you have a generally positive/negative feeling about?”

Quality: “Which of the following do you think represents good/poor quality?”

Value: “Which of the following brands do you think represents good/poor value for money? By that, we don’t mean “cheap” or “expensive”, but that the brands offer a customer a lot in return for the price paid.”

Satisfaction: “For which of the following brands would you say that you are a satisfied/dissatisfied customer?”

Purchase Intent: “Of the brands considered, which are you most likely to purchase?“

Consideration: “When you are in the market next to purchase (product or service), from which of the following would you consider purchasing?”

Buzz: “Over the past two weeks, which of the following brands have you heard something positive/negative about (whether in the news, through advertising, or talking to friends and family)?”

The scores are for those respondents already aware of the brands, rather than all respondents. The scores (ranging from -100 to +100) were reviewed across a 1 year period between 1st January and 31st December 2015.

As a benchmark, scores were compared to the brands from the top 20 Consumer Superbrands & and the Superbrands Category Winners from 2015; as well as other comparable brands within the categories of General Retail, High Street Fashion, High Street Retail and Supermarkets within BrandIndex.