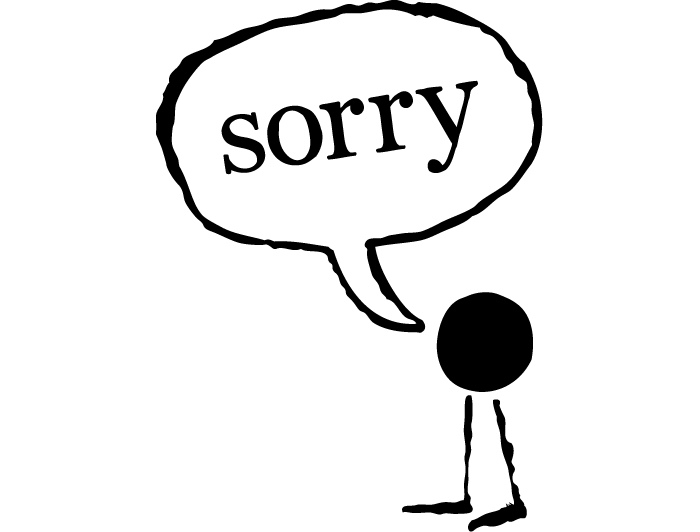 Don’t let ‘sorry’ be the hardest word for your business

When things go awry, what’s your first instinct? To cover up? To pass the buck? To dole out some cash? Or to come clean with a sincere apology?

Recent research from the Ombudsman shows that to keep your customers happy, ‘sorry’ is the one word people really want to hear. This reminded us of our own research. Back in 2012 we surveyed 2,000 people about the impact writing alone had on the way customers think about a company. To do it, we blind-tested messages from three major airlines – all apologising for a cancelled flight and giving refund instructions. We tested these alongside a made-up sample from us. Then we asked how people felt. We found that airlines could have increased retention by an average of 12 per cent, simply by writing more naturally.
So, how do you do it? If, like so many businesses, you’re struggling to pen a sincere apology, here are five tips to help you hit the right note.

Hang on, won’t saying ‘sorry’ land my business in legal hot water?
This is the argument many of our clients give for not wanting to say sorry. But there’s actually lots of research to show that, far from increasing lawsuits, organisations and individuals who apologise tend to reduce their chance of ending up in court. In fact, when the University of Michigan health system allowed their doctors and nurses to say sorry if things went wrong, their legal expenses dropped by almost 50 per cent.

Often, far from admitting liability, this kind of apology simply shows that we’re human. And when you’re trying to build bridges, a bit of empathy really does go a long way.

So, no more excuses. If you need to say sorry, say it. Your customers will thank you for it.

Hannah Moffatt is a writer and trainer at language consultancy, The Writer. This basically means she’s a serial word nerd. Over the last two years she’s travelled the globe, running workshops with managers, marketers, accountants, regulators, salespeople and lawyers as part of The Writer’s mission to rid the business world of corporate nonsense.

In her previous writing life, Hannah helped charities raise funds, graduates find jobs and M&S sell just about anything on their website.