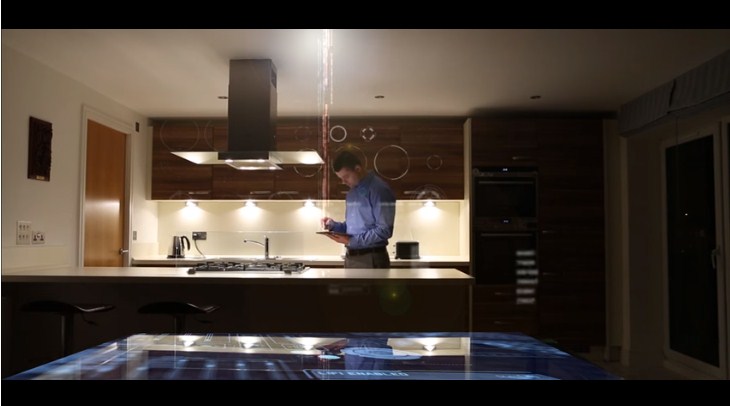 Let There Be Light

What Is Li-Fi, and Will It Replace Wi-Fi? Mobile communications professor Harald Haas has theorized about using LED bulbs to transmit data for years. Now, the technology is a reality.

Haas, a professor of mobile communications at the University of Edinburgh in Scotland, has been championing the idea that data can be transmitted through LED lightbulbs for years. Now, he has created a working model of a “Li-Fi” system.

In a recent TED talk, Haas demonstrated one of these Li-Fi prototypes, transmitting a video from a store-bought LED lamp to a solar cell to a laptop.

“Li-Fi is essentially the same as Wi-Fi, except for a small difference—we use LED lights around us to transmit the data wirelessly as opposed to using radio,” Haas says.

Traditional Wi-Fi uses radio signals to transmit data to devices, such as phones and laptops. Currently, Wi-Fi carries about half of the world’s internet transmissions. This percentage is expected to grow in coming years as more people get online and as the “Internet of Things” (objects with internet connectivity, from remotely programmable coffee makers to smart cars) expands. Some experts, including Haas, worry that this will create a so-called “spectrum crunch,” where Wi-Fi networks slow under heavy demand.

Li-Fi stands to be much faster than Wi-Fi. In recent experiments, researchers have been able to reach Li-Fi speeds as fast as 224 gigabits per second. At these speeds, a person could download nearly 20 full-length movies in a single second. According to Haas’s research, Li-Fi can achieve data density 1,000 times greater than Wi-Fi, because Li-Fi signals are contained in a small area, as opposed to the more diffuse radio signals.

Haas and his team aren’t the only people experimenting with Li-Fi. Chinese researchers have developed a basic Li-Fi prototype as well, powering several laptops with one LED bulb. The Fraunhofer Institute, a German research organization, has been working on Li-Fi hotspot prototypes as well. Even NASA recently announced plans to study Li-Fi’s potential uses in space travel.