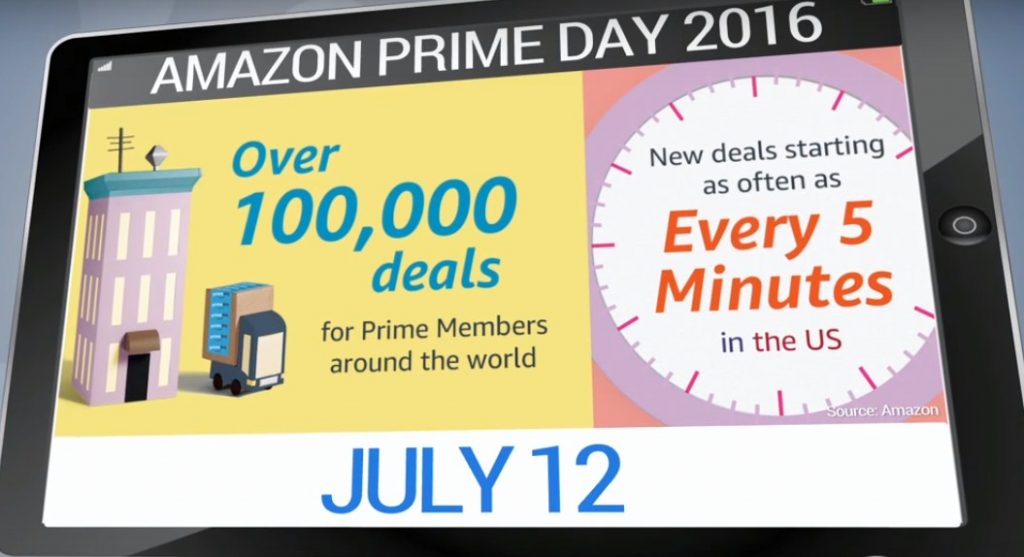 Online retailer Amazon is offering big sales in its second annual “Prime Day.” CBS News financial contributor Mellody Hobson joins CBSN with more on some of the best deals to take advantage of, and how it will impact Amazon’s sales.

Amazon’s second annual Prime Day is happening now and the company is promising more than 100,000 deals for U.S. shoppers and nine participating countries, including Spain, Japan, France, Canada and the U.K.

Promoted as the “biggest global Amazon event ever,” it is created primarily for the Prime members. However, shoppers can sign up for a free 30-day trial to take advantage of the sale and the benefits of the Prime membership.

Amazon launched Prime Day last year to mark its 20th birthday. While the numbers achieved were impressive, there was also a widespread dissatisfaction expressed by the shoppers.

In the video above, Mellody Hobson from CBSN talks more about the last year’s Prime Day, the impact of the Prime Day and the competitors’ approach to the challenge. One of the most interesting insights from the analysis is that Prime Days stresses the importance of the Prime customers for the Amazon’s business, as, supposedly, 57% of their North American customers come from the Prime sector.

Nevertheless, we will see how Amazon will hold his promise in creating the biggest sales of the season and how it will handle the challenges in customer experience and user experience throughout the day.