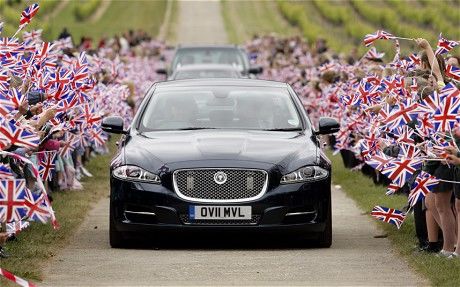 When we think about a slick, effective production line, we think about the car manufacturing industry, which has spent years refining this through technology, process enhancements, and innovative developments to make our cars more attractive and compelling to buy. They are experts in process, they were some of the first industries to implement methodologies in process improvement such as Kaizen, Six Sigma, just in time supply chain approaches, to name a few. This meticulous attention to detail ensured that the quality and cost of manufacturing was dramatically improved.

The quality and innovation that we see now in the production of cars is staggering in an industry that is worth £10 billion to the UK economy and accounts for 7.2 per cent of British manufacturing as a whole. This is largely thanks to the seven volume car manufacturers, eight major sports car and premium brands and more than 100 specialist manufacturers. There are also seven commercial vehicle and 10 bus and coach makers, and eight Formula One teams based here.

So we not only love the new innovations and freedom that cars bring to our lives, it is also critical to UK employment. Producing cars is frequently cited as being vital to UK manufacturing. Of the 29.48 million people the Government says are employed in the UK, according to the Society of Motor Manufacturers and Traders (SMMT) 757,500 of them are involved in designing, engineering, manufacturing and mending motors as well as making components for them. Recently the news for job creation in the UK was hugely welcomed with Jaguar Land Rover revealing it had invested £370m in creating the world’s largest aluminium bodyshop in Solihull, West Midlands. And Honda has committed £267 million and created 500 new jobs at its plant in Swindon, Wiltshire.

So why in an industry so important to the UK, where it has invested heavily in the best manufacturing and driving innovation, has it not applied this to aftercare service? I have spoken with colleagues and friends recently about their car experiences, none of which had positive stories to tell about the after sales experience. One recent story brought to life where process has taken over what the customer actually wants and needs.

A business executive who lives in Surrey bought an Audi A8 last year from his local dealer, who could not have had a more helpful. Nine months later and the first service was due.  He duly booked this in at the dealers close to where he worked in Central London, as it would be much easier to drop the car on his way to work and collect it on his way home. He duly arrived at the dealers at 8am, their earliest opening time, he was greeted by a receptionist who took all his details (he had previously given most of these over the phone a week earlier), was then handed a ‘paperwork’ pack and asked to sit down in the waiting area. He looked across at the service desks which all sat vacant, not a service member of staff in sight. So he sat down and waited, and waited and waited.  After 15 minutes he went back to receptionist to enquire what was happening as he was on a tight schedule and simply thought he would be handing the keys in for a regular warranty service.  The receptionist apologised and went into the back. A Service member appeared and asked him to sit down at his desk, he duly went through all ‘his paperwork’ covering most of the questions that the receptionist had already covered. Finally the keys were taken from him and a taxi ordered to get to work, he was now very late and considerably stressed for what he thought would be a simple task.

Later that day a call was received from the dealership stating that they had serviced the car but a faulty item was found that they hadn’t got in stock, so he could either wait or collect the car and book it in again, and no they did not have a courtesey car available.

Later that day he arrived at the dealership and checked in again at reception, he was sent to the ‘waiting area’. Five minutes later he was called over by a service attendant, he asked for his keys as would need to rebook the car in, he couldn’t be without a car due to his two hour round trip each day.  The service attendant walked away to go and get the person who had the keys. Five more minutes passed, the customer asked “can I please have my keys I really need to go”.  The service attendant stated that he had requested that his car be brought around to reception and it would be on its way. At this point he spun round on the spot, and pointed to his car outside the reception window and stated “that is my car you do not need to move it, it is already there…. now just give me my keys!”

I have heard several stories about other car dealership, not just Audi, this is not unique to them. Many have experienced similar poor experiences.

Service has clearly lost the place to process, someone has thought hard about that process and it probably all makes logical sense but they have forgotten one important factor – The Customer!

Paul Everitt CEO of the society of Motor Manufacturers and Traders added: “The UK automotive industry is leading economic recovery with increased manufacturing output, growing export volumes and new jobs being created on the back of major international investment in the sector. Our engineering expertise, workforce flexibility and renowned motoring heritage, combined with top level collaboration between industry and government, makes the UK an important location for the global automotive industry and a cornerstone of the country’s economy.”

So perhaps, some of the investment and focus in the automotive industry can be spent on aftercare, designing a customer journey that understands who they are, what they really want and need, as these will be different. Some may love the waiting area and to have a relaxing coffee, others simply need to be on there way quickly. Paul Everitt can we add service please, as standard and not as an optional extra.

Nicola Collister, Managing Director of Custerian which drives Cost out & Experience in. www.custerian.com

Custerian combines a proven ability to create and deliver strategically fit for purpose Business Operating Models (typically at a cost of 60% of the current approach), with the ability to identify and ingrain into the business the attributes that meet customers needs and expectations, but also drive further profitability that can have a transformational impact on Company ROI.

Nicola was one of the UK’s first Customer Experience Directors, and is recognised as a thought leader and practitioner having delivered several Strategic Transformational programmes in industries such as Retail, Logistics, Service Delivery and Financial Services.